Mrs. Craig’s Marketing and Law class recently held their PM Apprentice contest. As part of the hands-on lesson the class was split into four teams. The teams must come up with a product idea, develop an extensive business plan to secure start-up funds from a panel of bankers, develop a plan to market their product and then try to outsell the other teams during lunches at the high school for a 5 day period. The teams were also permitted to sell one day at the middle schools, if they desired.

Each of the four teams made a profit during the PM Apprentice week. The teams donate a percentage of their profits to the Penn Manor Education Foundation who provided investment funding for the “Apprentice Bank.” The remainder of the profits are split among the team members. 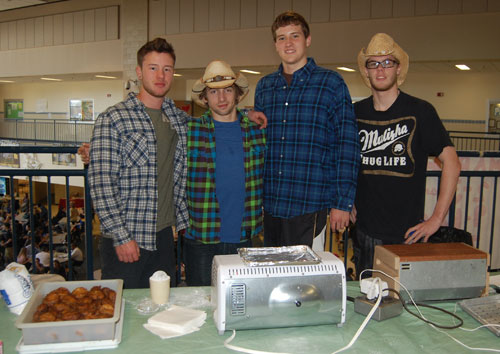 Kindergarten registration is now open for the 2020-2021 school year. Click here to get started.